Plume moths are a family of moths known for their lobed wings. There are five lobes, two in the forewings and three in the hindwings.

They are green, with some specimens having a brown line running along their body. There are bristles all over their bodies.

Pupation does not take place inside cocoons. The light brown pupae are 1cm and angulate.

Sexual Dimorphism: Present but not prominent.

Forewing: When opened, it is observed that the wings are white and bi-lobed, forming a T-shape. When closed, the colors and patterns remain the same.

Hindwing: When opened, they are white and tri-lobed. When closed, the lobes are hidden.

The eggs are pale yellow or white, glossy, and elliptical or oval. They are around 0.04 cm long. 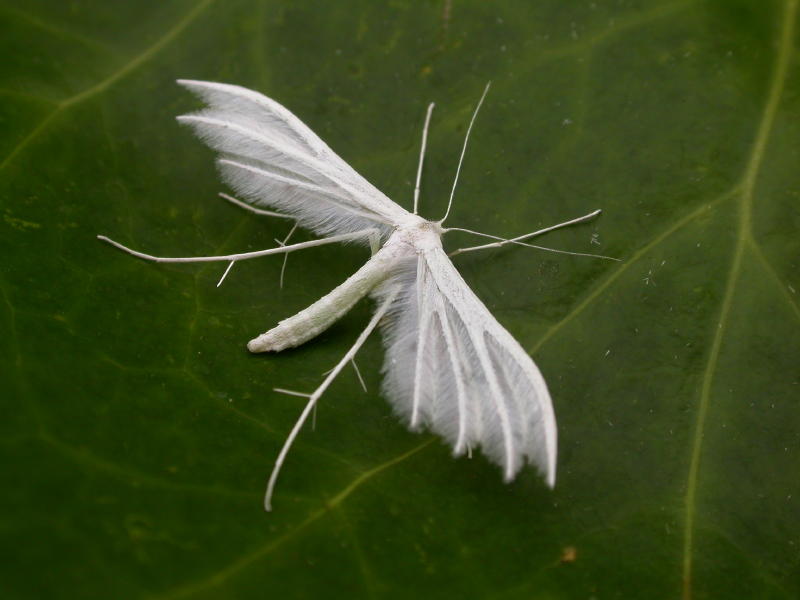 © 2022 (Moth Identification). All rights reserved. Reproduction in whole or in part without permission is prohibited.